Philosophy joins hands with mathematics for the future of humanity. 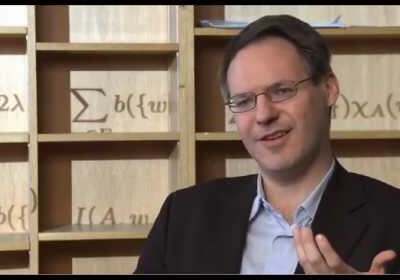 Hannes Leitgeb is Chair of Logic and Philosophy of Language, Alexander-von-Humboldt Professor, and Co-Director of the Munich Center for Mathematical Philosophy (MCMP) at Ludwig-Maximilians-University Munich. His research interests concern logic, epistemology, general philosophy of science, philosophy of cognitive science, philosophy of mathematics, philosophy of language, metaphysics, metaphilosophy, and the history of logical empiricism. After finishing PhDs in mathematics (1998) and philosophy (2001) at the University of Salzburg, he worked at Salzburg, Stanford, and the University of Bristol, before moving to LMU Munich in 2010, where he founded the MCMP. In 2007 he received the Philip-Leverhulme-Prize by the British Leverhulme Trust and the Friedrich-Wilhelm-Bessel-Research-Award by the German Alexander-von-Humboldt Foundation, and in 2010 he was awarded an Alexander-von-Humboldt Professorship by the Humboldt Foundation. He is the current Editor-in-Chief of Erkenntnis, a previous editor of the Review of Symbol Logic, and a member of the Academia Europaea and the Leopoldina (the German Academy of Sciences). In 2008 he co-organized the 31st Wittgenstein Symposium in Kirchberg, and in 2015 he was the Program Chair of the 15th Congress of Logic, Methodology and Philosophy of Science at Helsinki. His massive open online course on Mathematical Philosophy, which he taught jointly with his colleague Stephan Hartmann, attracted more than 100000 students worldwide.

R. Ramanujam is Professor of Theoretical Computer Science from the Institute of Mathematical Sciences, Chennai. His research interests are in mathematical and philosophical logic with applications to the theory of distributed systems, security theory and game theory, and the connections between logic and automata theory. He is an editor of ACM transactions on computational logic and was a Lorentz Fellow in the Netherlands in 2010. He has an active interest in science and mathematics popularization and education, through his association with the Tamil Nadu Science Forum. Prof. Ramanujam is also a former president of the Association for Logic in India. 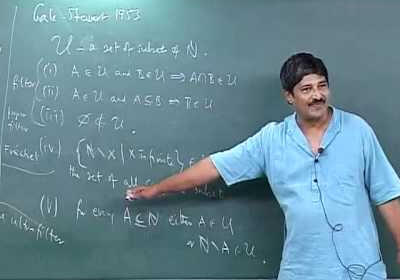 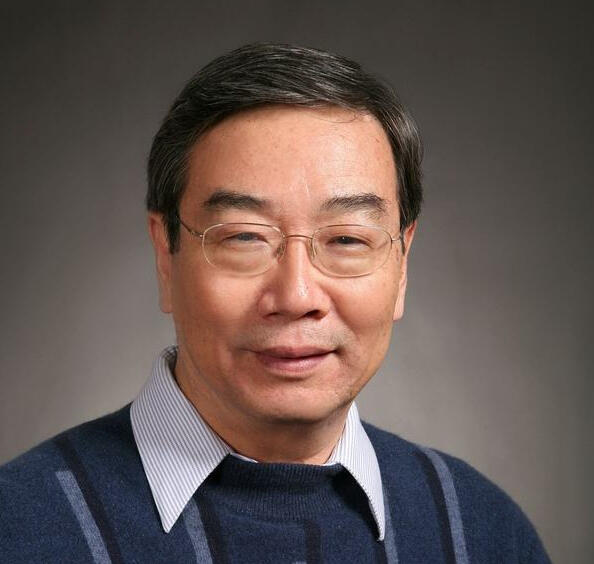 The rest of the programme (Sunday-Tuesday) is summarized below (you may scroll left on your phone to see the full table):

Public lectures and evening discussions are aimed at a broader audience assuming the least background knowledge.

Slides of the talks can be found below.

10:10-11:40
Hannes Leitgeb (Munich):
Public Lecture: Philosophy as Rational Construction and the Role of Mathematics in Philosophy (Slides)
Abstract In this talk I will develop a metaphilosophical proposal for what philosophy might (partially)have been in the past and what it might be in the future: the discipline of rational construction. From this conception of philosophy, I will draw some general conclusions on the meaning of progress in philosophy and the role of logical and mathematical methods in philosophy.

14:00-15:30
Yanjing Wang (PKU):
Public Lecture: Logic in Philosophy, Math, and Computer Science (in Chinese) (Slides)
Abstract. This public lecture has a twofold aim. Firstly, I would like to give a map of Logic, as a field and the most important tool for mathematical philosophy, by briefly going through the history of Logic and its intertwined connections with Philosophy, Math, and Computer Science. Secondly, as a guide to the audience, I will try to relate the topics that we survey with the coming lectures in this mathematical philosophy week, and provide some basic background knowledge that is useful for the later lectures.

16:00-17:30
Ruizhi Yang (Fudan):
Foundation of Mathematics and the Reducts of the Set-theoretical Universe (Slides)
Abstract. Set theory has been widely accepted as the foundation of mathematics. However, confidence in its objectivity has been challenged by the phenomenon of independency. A compromise has been proposed to look at the theories of the reducts of classical models of set theory. Hamkins and Kikuchi (2016) showed the theory of set-theoretic parthood relation has a complete decidable theory, hence cannot serve as a foundation theory of mathematics. In this talk, we will investigate more reducts and their theories, e.g., the theory of set-theoretic union, intersection, power set operation, equinumerous relation, and their combinations.
===========
19:30-21:30
Lan Wen (PKU)
Public Lecture: From a "Three cards paradox" to the Liar paradox (in Chinese)
Abstract. We construct a Liar-like paradox of three cards by translating into our ordinary language the argument of a system of Boolean equations that has no solution. Then the solution of the “Three cards paradox” has to be algebraic in nature, hinting that the Liar paradox should be resolved in the same way.

Venue for the lectures: B114, Department of Philosophy, Peking University

10:00-11:30
Hannes Leitgeb (Munich):
On Merely Expressive Devices (Slides)
Abstract In the first part of this talk I will develop a semantics for merely expressive devices: linguistic expressions that contribute to the propositions expressed by sentences that include these expressions but which do not at the same time contribute to the truth conditions of the propositions thereby expressed. (Logical operators constitute paradigm case examples of such mere expressive devices.) In the second part of the talk, I will use the semantics to throw some new light on various important philosophical debates, such as on the methodology of stipulative definitions, the viability of the logical reconstruction of analyticity, a Neo-Carnapian understanding of modal expressions in metaphysics, and the metaphilosophical status of logic and metaphysics

14:00 - 15:30
Hannes Leitgeb (Munich):
HYPE: A System of Hyperintensional Logic and Semantics (Slides)
Abstract This talk will introduce and discuss a new system of non-classical logic and semantics: HYPE. Amongst others, the talk will show how HYPE can be used (i) to address the problem of semantic paradoxes (such as the Liar paradox) and (ii) to give a semantics for modal operators that create hyperintensional contexts (such as for metaphysical grounding).

16:00 - 17:30
Ming Xiong (SCNU):
Paradoxes and Revision theory of truth(Slides)
Abstract. In this talk, I will give a brief introduction to the revision theory of truth, and then explain a general approach to designing paradoxes via the revision theory of truth. I will show that just as we can (but we should not at least so far) create a baby with preferred traits by genetic selection engineering, we can also create a paradox (or any other similar self-referential object) with certain features by use of the revision-theoretic methods! In the field of truth theories, the paradoxes that you had seen before are just the tip of an iceberg. I try to give you a full view of paradoxes.

Venue for the lectures: B114, Department of Philosophy, Peking University

10:00 - 11:30
R. Ramanujam (Chennai):
Public Lecture: Some questions for philosophy from the theory of computing (Slides)
Abstract Mathematicians and physicists are used to talking of “in principle” solutions, leaving it to implementations to work out the details. But what if there is another principle that limits implementations as well? Complexity and resource consciousness are modern concerns, both in the physical world and thought. In the last 70 years, computer science has not only given us an amazing tool that has transformed the world but also connected it up in ways unimagined before, demonstrating flexibility unparalleled in history. Even a quick superficial survey of ideas in computer science raises fundamental questions of interest to philosophy: on intrinsic complexity, on resource aware living, on the nature of time, on randomness, and most intriguingly, on modes of communication.

14:00 - 15:30
Renjie Yang (CNU):
Causal Inference: Philosophy, Math and Machine Learning (Slides)
Abstract. Causal knowledge is essential to predict how a system will behave when it is subject to an intervention. In many scientific disciplines, causal connections are usually more informative and helpful than associational information in making predictions and decisions. In the past 30 years, there has been a great deal of research on inferring graphical causal models from both experimental and non-experimental data. In this talk, I will survey the graphical causal modeling framework as a mathematical theory of causality and discuss its philosophical foundation. I will then describe the problems for reliable inference of causal relations from observational data and introduce recent developments of machine learning solutions and their limitations.

16:00 - 17:30
Junhua Yu (Tsinghua)
Provability logic and logic of proofs (Slides)
Abstract. According to Brouwer, intuitionistic truth is understood as provability. Stipulations independently proposed by Heyting and Kolmogorov around 1930 which make Brouwer’s idea more explained are usually called provability semantics of intuitionistic logic (or BHK semantics following their names). A first step towards a formalization of BHK semantics was achieved in a 1933 short note by Gödel, where intuitionistic propositional logic was embedded into a logic which is a version of Lewis’ modal logic S4. An inconsistency between the reading of as and Gödel’s second incompleteness theorem split the thread into two directions: (1) find a modal logic that fits the above reading of , and (2) find a provability semantics for S4. The first has led to, with the help of Löb 1955 and Solovay 1976, Provability Logic (GL); and the second was achieved by Artëmov’s Logic of Proofs (LP) 1995 unconsciously following Gödel’s unpublished idea dated back to 1938. In this talk, both formalizations of formal proofs will be introduced, emphasizing on selected topics including their proof theory.
========
19:30 - 21:30
Evening discussions on Philosophy, Logic, and AI (in Chinese)
Venue for the evening discussions: 北京大学全球大学生创新创业中心大讲堂（第二教学楼地下）

A satellite event of the Mathematical Philosophy Week at PKU

Philosophical Mathematics Week is aimed at presenting the connections between modern (technical) philosophy and mathematics in a comprehensive way, showing the role of mathematical tools played in the current philosophical research. At the same time, we also hope to be able to demonstrate the lively connections between philosophy and other related disciplines such as theoretical computers, artificial intelligence, linguistics, and so on.

About CPFH: Amid profound changes in the global landscape and social order brought by technological revolutions, the Centre for Philosophy and the Future of Humanity (CPFH) at Peking University (PKU) aims to make use of the university’s comprehensive multidisciplinary advantages to forge a research community integrating the humanities and sciences. Based on its rich accumulation in philosophy and other fields of humanities, the research centre is committed to reflecting on theoretical and ethical foundations of cutting-edge science and technology, foreseeing problems faced by human society in the future, and exploring possible solutions.